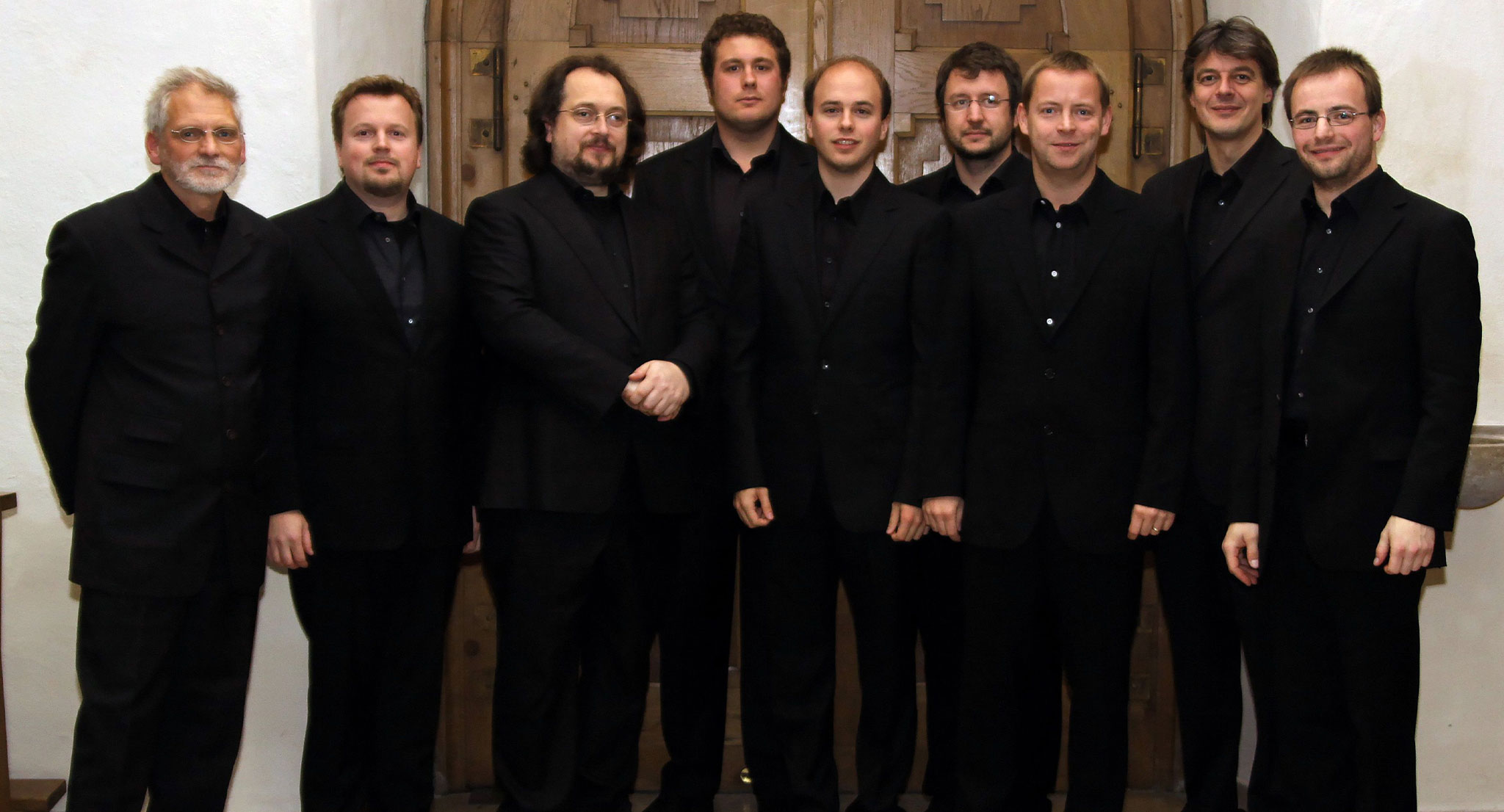 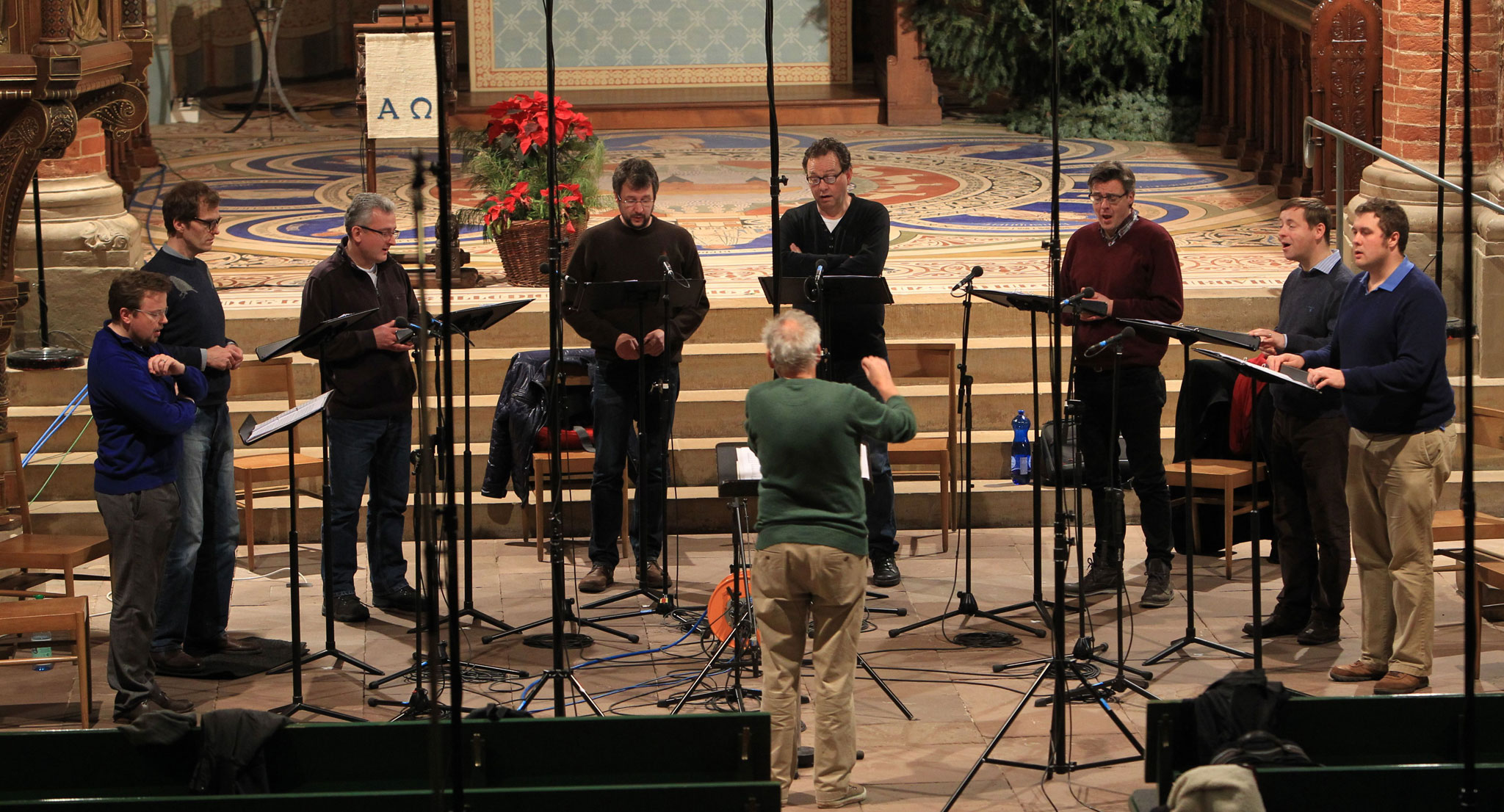 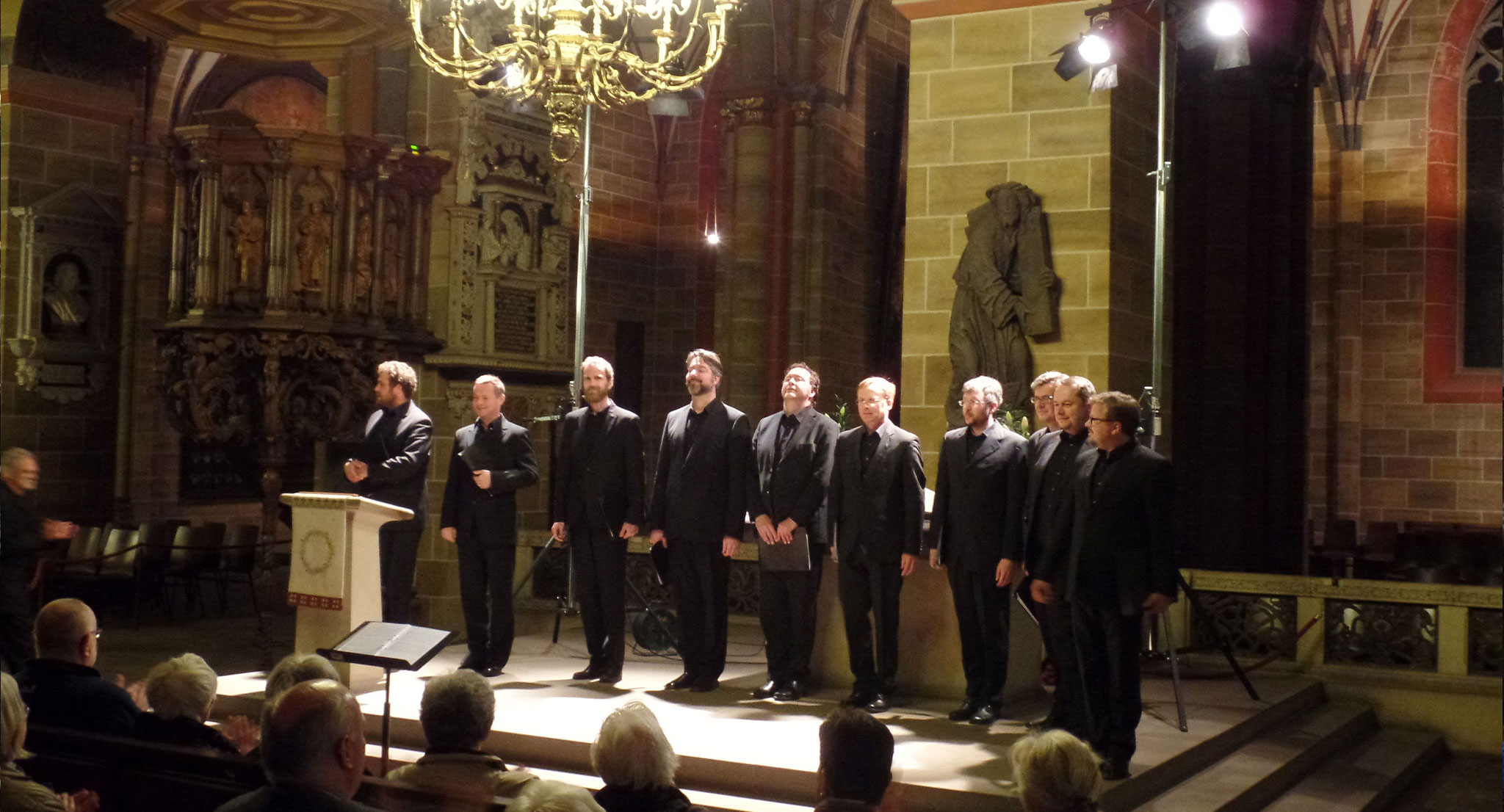 Welcome to the internet site of The Renaissance Men

Born out of the activities of the ensemble Weser-Renaissance, the Renaissance Men have by now evolved into an internationally acclaimed ensemble in its own right. The group, which usually consists of eight male voices, dedicates itself to the polyphonic vocal music of the 16th century. The men had already performed for several years as part of Weser Renaissance, both in Germany and other European countries (München, Danzig, Utrecht, Amsterdam). Their CD recordings have garnered high praise in the music press. The ensemble is made up of different members, depending on the repertoire, but the following soloists are always at its core:

Lukaskirche, Dresden; 20:00Because of Covid-19 the concert takes place without audience.

»The recording allows the thread of each voice clear definition against the whole, capturing acoustic bloom without losing an overall impression of intimacy, as though being sung to in one’s own private chapel.«

»Manfred Cordes has blended this collection of very distinctive voices into almost the perfect ensemble for Franco-Flemish polyphony, sounding smooth and luminous but simultaneously finely etched and colourfully varied… A terrific release.«

Further programmes are also on offer, including:

Tota Pulchra Es
The Song of the Songs

At the Festival Oude Muziek 2018 in Utrecht

A specialist in 16th and 17th century music, Manfred Cordes regards himself as a mediator between musicology and musical practice. He first studied school and church music in Hannover and Berlin, followed by classical philology (Latin) and vocal pedagogy, which led to a position as visiting lecturer of music theory in Groningen (NL). After settling in Bremen in 1985, Cordes took over the vocal ensemble of the Forum Alte Musik, which was the start of a busy concert schedule. By specialising further in the repertoire of the 16th and 17th centuries and adding historical instruments, the ensemble WESER RENAISSANCE BREMEN was founded in 1993.

In 1986, Manfred Cordes was involved in the foundation of the Akademie für Alte Musik Bremen. In 1991 he received his doctorate with a thesis about the relation between key and affect in Renaissance music and in 1994 he was appointed professor for music theory at the University of Arts Bremen. There he was dean of the music faculty from 1996 to 2005, and from 2007 to 2012 he was the university's rector. He is a board member of the Arp-Schnitger-Institute for organs and organ building, as well as founder and artistic director of the European Hanseatic Ensemble, which mainly dedicates itself to the advancement of talented young musicians.

Listen to the ensemble leader and music theorist Manfred Cordes on the Musikgespräch on SWR: To the audio at the SWR media library.